We Take Your Battle With
Insurance Representatives Personally 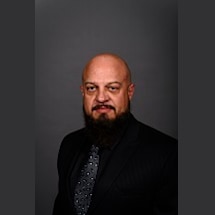 I have tried over 150 jury trials in my 20+ year career, in Texas, Arkansas, Oklahoma and Federal Courts: spending over a decade defending cases for a couple of major insurance companies, so I know their tricks better than most. I’ve been sent to multiple trial schools by insurance giants, so I know firsthand how they are training the lawyers who are going to try and limit your recovery.

Someone once asked me why, exactly, I became a lawyer, as opposed to some other profession. . . Atticus Finch (attorney in To Kill a Mockingbird by Harper Lee) is probably the most direct reason I became a lawyer.

At one point in the book, Atticus says: “. . . there is one way in this country in which all men are created equal- there is one human institution that makes a pauper the equal of a Rockefeller, the stupid man the equal of an Einstein, and the ignorant man the equal of any college president. That institution gentlemen, is a court. It can be the Supreme Court of the United States or the humblest JP court in the land, or this honorable court which you serve. Our courts have their faults as does any human institution, but in this country our courts are the great levelers, and in our courts all men are created equal.”

That idea of fighting for those who are not able to fight for themselves has always been important to me.  As a young man I spent a good deal of time fighting in the ring and on the mats. I spend all my professional time these days fighting for the rights of my fellow citizens who have been needlessly harmed thru the negligence, and sometimes even malice, of others.

In my spare time, I enjoy physical fitness and the outdoors in all its forms – from boating and hiking to hunting and fishing. I have been a competitive marksman in several different disciplines since childhood. I’ve also been a state record holder in Oklahoma in equipped bench pressing, and hold the current Texas, US, and world record in bench press for men my age and weight. During my college days, I was the three-time Oklahoma Karate Association divisional champion. I am married and have 3 wonderful children whom we’ve raised here in Collin County, and who are all in college.

We have been fortunate to have earned many honors and accolades.

18-wheeler fatality. All details of this settlement remain confidential.

All details of the settlement remain confidential